Welcome to the Family, Rena! 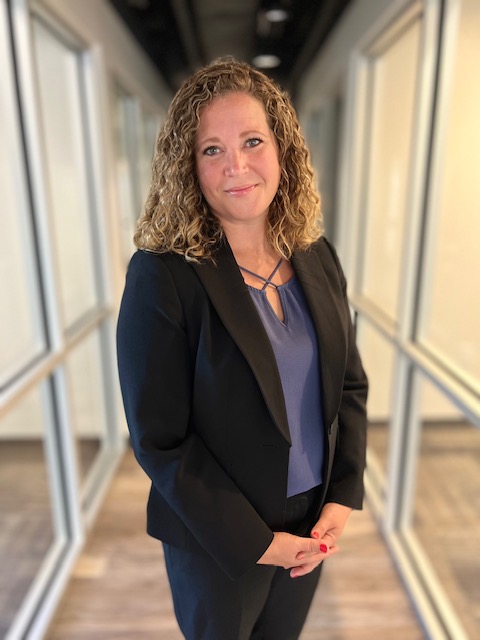 Rena Piper called our office for the first time in 2017. She was angry, scared, and looking for help. Her 1-year-old son, Ryen, had just been neglected at daycare. The people who were supposed to protect him left him alone outside in near-freezing temperatures.

Rena couldn’t believe it — especially because that wasn’t the end of the story. After we took her case, the facts we uncovered continued to surprise her. “I was just shocked at all of the things daycares can get away with and the things they attempt to sweep under the rug,” Rena remembers. “What happened to Ryen and then working with BLF really started this passion of mine. I wanted to know, ‘Why is this allowed? Where are our laws lacking? Why is this a situation that could happen?’”

Rena is a former military police officer, and the idea of getting justice for Ryen lit a fire in her heart. During mediation with our team, Rena’s husband, Ben, leaned over to her and said, “I could never do this job!” She told him, “I could, I could do this!” Soon, the dream became a reality. Two years after that mediation, Rena was sitting in night classes at the University of North Texas at Dallas College of Law, studying to become a lawyer. Three years after that, she left her job as the Director of University Events at the University of Texas at Dallas and joined our team at BLF. “It doesn’t feel like work,” Rena says, referring to her new job as a paralegal. “It feels like I’m progressing toward my goal of becoming a lawyer.”

Rena’s transformation from scared parent to child advocate has been incredible to watch. She knows exactly how to help our clients because she once walked in their shoes. At the same time, she’s taking night classes and parenting her three kids: 6-year-old Ryen, 9-year-old Annlee, and 18-year-old Aiden.

“Thankfully, I have a husband who is on board and really helps make it all possible. I couldn’t do it without him being fully supportive of this endeavor of mine,” she says. Rena is a huge asset to our team and our clients. We’re happy to help her follow her dream!

At The Button Law Firm, we have a passion for helping people. It drives our team to work hard for the families and children we represent every day. It also means that we will not take on your case unless we believe we can help. If we take on your case, you can be sure that it will get the care and personal attention it deserves. Our team is committed to three core pillars – passion, communication, and justice.

We are driven by a passion to for doing everything we can to help the person affected get justice. Our team pours our hearts and souls into every client to help make a difference in their lives and make our community a safer place.

We are committed to open communication, so our clients have guidance, answers to their questions, and always feel connected to their team.

And finally, the pursuit of justice drives our goal to make our client whole again by bringing them closure. We know your life has changed and that you are looking for help to keep moving forward. The Button Law Firm will help you find closure so that justice is served.

We are devoted to helping people every step of the way, and that starts with offering free resources and information on daycare injuries, daycare abuse, catastrophic injuries, wrongful death, and our other practice areas.

Our team has offices in Dallas and Midland, and we handle cases in Houston and all over the State of Texas. We’re also ready to take on cases selectively across the country. If you have questions, contact us today. You can call us at 214-699-4409 or reach us at [email protected]. We’re doing more to keep you moving forward.