Were You Injured by a Negligent Trucker in Texas? Our Dallas Law Firm Can Help You Get the Compensation You Deserve 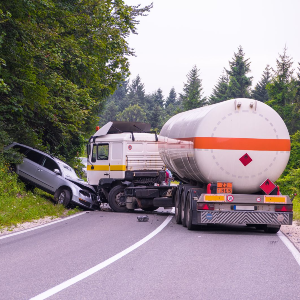 You go to great lengths to keep your family safe, including driving a car with necessary safety features to protect your precious cargo. You buckle your kids in the right car seats and follow traffic laws to avoid deadly collisions. However, when an oil tanker comes up fast behind you on I-20, there is not much you can do to prevent a tragic accident. At that point, it is up to the truck driver to behave responsibly and avoid a crash. Unfortunately, far too many of these drivers are fatigued, impaired, distracted, or just plain incompetent, making a collision that much more likely. If you live in Texas, you have probably shared the road with plenty of commercial trucks, especially oil field vehicles such as tankers, winch trucks, swab rigs, and vacuum trucks. If you are unfortunate enough to be the victim of one of these driver’s mistakes, you will need an experienced Texas truck crash attorney. You will need the Button Law Firm.

We Work for Safer Texas Communities

At the Button Law Firm, we represent injured victims of truck crashes when a trucking company resists paying a settlement, but we also fight to compel that trucker or trucking company to make changes to ensure that another person is not harmed. According to the Federal Motor Carrier Safety Administration (FMCSA), when a truck crash occurs, it is often caused by one of the following contributing factors:

No matter what caused the accident that left you injured or a loved one dies, we will investigate to determine who caused it and hold them responsible.

In some cases, juries may also award exemplary damages. Also known as punitive damages, these are only awarded for crashes caused by wanton or intentional disregard for safety. If it can be proven that a truck driver or trucking company knew of a substantial risk, but drove anyway, they may be ordered to pay exemplary damages. This award can be significant as the intention is to punish the individual or company who caused you harm.

When you call the Button Law Firm immediately after your truck accident in Texas, we will preserve the evidence necessary to investigate the cause of the crash and pursue compensation from the negligent party or parties. Truck black boxes, hours-of-service logs, and the driver’s cell phone can all be examined for evidence of negligence on the part of the driver or trucking company. We will hold those responsible for the crash accountable for their actions.

If you've been injured in an auto accident you should speak to an experienced personal injury attorney as soon as possible. We know how difficult getting through this can be. That’s why our experienced team wants to help guide you – as we have helped guide many of our clients within Midland, Houston, Dallas, and the surrounding areas. You can give us a call at (214) 699-4409 or email us at [email protected] You can contact us online to schedule a free consultation or by filling out the form below or by chatting with a member of our team.