Actor, Filmmaker, Digital Marketer, Paraglider...Is There Anything Scott Can’t Do? 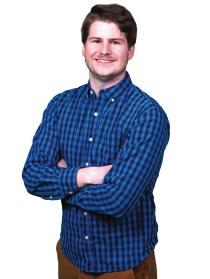 Almost as soon as he met Scott Duvall, Russell knew that we had to feature him in our newsletter.

“Scott is awesome — and I mean awesome,” Russell says. “He helps our team with digital marketing, but that’s only a small part of his story.”

Scott Duvall is a senior digital marketing strategist/SEO analyst with Foster Web Marketing, the lawyer-focused digital marketing company our team uses. He helps us maximize traffic to our website with SEO techniques and direct email campaigns. But he’s also working on his master’s degree in Television Management and he discovered marketing through an unlikely channel: acting.

From Actor to Filmmaker to Marketing

“Around the end of college, I ended up getting an acting agent. He put me on a few industrials, which are basically videos meant for internal training purposes,” Scott says. “I was doing one for the Army when I realized I was paying more attention to what was happening behind the camera than the scene I was acting in front of it! I thought, ‘There must be something there,’ and that’s what got me into film production.”

Scott spun his theater background into a career creating short films and web series. Then, a friend who ran a homebrewing company approached Scott for help reaching a new audience.

“One thing led to another, and a few months later, I had drafted up a script for a commercial and enlisted a cinematographer friend of mine and one or two actors to make this come to life,” Scott says.

The Jay’s Brewing commercial went locally viral on social media and launched Scott into a career in advertising. This February, he signed on with Foster Web Marketing and landed  The Button Law Firm (BLF) account! We’ve had a fantastic time working with him ever since.

On Working With The Button Law Firm

“BLF is a super great law firm to work with. They’re very relaxed, confident, and capable. They know what direction they want to go in and start with a really good strategy right out of the box,” Scott says.

As you might imagine, after that brewing commercial, Scott also brews his own beer. Oh, and he’s a licensed hang glider!

You can learn more about Scott’s work on the Foster Web Marketing website.