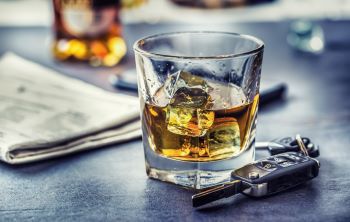 On April 5, 2013, a man in his 30’s and his girlfriend go out to dinner in Addison. They start at a restaurant with some friends. Then, they drive over to a local bar across the highway. Throughout the night, they makes the decision to drink several beers and shots. Then, the drunk driver chose to get behind the wheel and go home. His BAC registered at .262, which is more than 3 times the legal limit. The drunk driver ultimately ran a red light and collided with the vehicle my client was a passenger in. To top it off, the drunk driver tried to switch seats with his girlfriend to cover-up him driving.

Around of the time of the wreck, my client got pregnant. She went to the emergency room the night of the crash then four visits of chiropractic care. However, because of family obligations (other children at home) she couldn’t go to treatment for a while. She later had complications during her pregnancy where her hips were out of alignment, which dated back to this wreck. The baby was successfully born, but not without significant mental anguish by my client.

The drunk driver’s insurance company was Allstate. Prior to us getting involved, Allstate offered a couple hundred dollars to settlement my client’s case. After we got involved, we were forced to file the lawsuit to get full value for all the damages caused to my client. We proceeded to take depositions and get the drunk driver to finally admit he was at fault and should be held responsible. We empowered our client through days and days of witness preparation following such a major drunk driving accident. She was a superstar that stood up to the defense lawyer and let her human story be known.

The Result of Dedicated Action

Ultimately, we were able to resolve the case for over ten times the initial offer that was on the table before we filed the lawsuit. Allstate learned that drunk drivers should not be rewarded for their conduct in Dallas County, Texas.

At The Button Law Firm, we know that drunk drivers are out there on the roads. That is why we remain on a constant mission to hold them accountable for the consequences of their actions. The criminal system serves its purpose, but it leaves the victims without any financial help for the damages they have to live with the rest of their lives. That is where we come in.