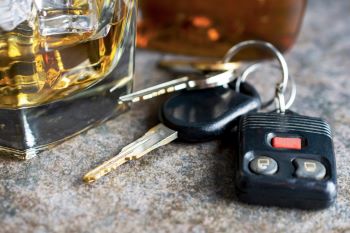 For any of us that have to work in other states or enjoy traveling, we take for granted what happens if we are involved in a major car wreck in another state. Some of the questions we hear are:

This case involved a fantastic hard-working man named Tom*. He drove trucks for a living and lived in South Carolina. He was referred to us by a law firm in South Carolina because the wreck happened in Dallas, Texas.

To learn more about how we helped Tom on this life-changing wreck, read more below.

What Happened to Tom While Driving Through Dallas, Texas?

On December 31, 2015 at 6:30 pm, Tom was on a work trip in Dallas, Texas when another driver on the road came across four lanes of traffic and slammed into his truck. This was a major wreck involving five cars and resulted in the highway being closed down.

The officers investigated the wreck and determined that the driver that caused everything was intoxicated. He was charged with a DWI. Additionally, witnesses from behind the defendant driver said he was swerving for a while and driving at a high rate of speed. Moreso, the defendant even admitted to texting while driving.

Unfortunately for Tom, the driver that caused his injuries did not have insurance. Thus, the only course of action was to make a claim with Tom’s own insurance for uninsured motorist coverage, which is commonly referred to as UM/UIM coverage. Luckily for Tom, he had two insurance policies that covered him for this wreck.

Learn more about UM/UIM coverage and why it's beneficial to have it on your policy by reading the article on the link provided.

Once Tom recovered from his injuries, we obtained all the medical records, medical bills, and interviewed Tom for a full damage profile to provide to his insurance companies.

At first, his insurance companies wanted to say that Tom’s injuries were not significant enough to warrant them paying anything. He was back at work nearly a month after the wreck. While he didn’t have much in calculated total lost wages, he had significant nightmares from the major wreck and anxiety getting back on the road. In fact, Tom even considered getting out of the trucking industry because he wasn’t sure he was going to be able to get behind the wheel again.

Once we showed the insurance company that our client was significantly injured, we were able to get the case resolved so that Tom could get back on his feet financially, get all his medical bills paid, and receive closure on this life-changing wreck.

What Was Important About This Case for All Drivers?

At The Button Law Firm, we make sure that all avenues of recovery are evaluated. While many law firms quit when it is not easy, we thrive when the cases get complex. It involved an out-of-state insurance policy, a client that lived out of state, and a reckless driver without insurance.

Thankfully, Tom had UM/UIM auto insurance coverage. We also wish he had PIP protection as well though, which means personal injury protection (PIP).

If you do not have PIP protection or know what that is, reach out to a member of our team. Send us your auto insurance policy and we will make sure to explain the coverage you currently have and the coverage you need to have (and most importantly, why).

In this case, we also created awareness about the dangers of drunk and distracted driving. While we could not pursue the individual driver himself because he didn't have insurance or assets, we were able to right this wrong for Tom.