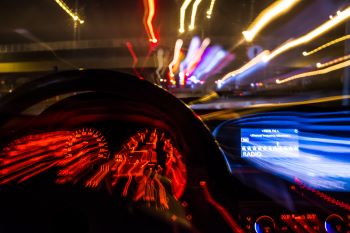 On July 11, 2015 in Reagan County, Texas, a blazing fire, resulting from a crash, killed the occupants of two vehicles died. The driver who caused the wreck was a commercial driver working in the oil fields and was leaving a job site. He was drunk and high on cocaine. The truck driver, being under the influence, ran a stop sign and crashed into another vehicle, killing the person in that vehicle. The man who was killed was a husband and father of three, who was on his way returning home to Arizona after working in the oil fields in West Texas.

This man's wife was stopped in her tracks after she received the dreaded news that her husband was killed in a car wreck. She had to quickly and unexpectedly make arrangements for his funeral. Being that she and her husband were originally from Columbia, she knew she had to have his body flown down to his family who still lived there. Yet, this process proved difficult as she had to coordinate time off from her job and fly unexpectedly to Columbia with her husband's body.

She had to do this while grieving the unexpected and sudden loss of her spouse. And when she returned home, she had to come back to her husband's belonings everywhere, which served as constant reminders of him and their life together. Memories last forever and cannot be erased.

Later, she reached out to an attorney for help.

The Approach of our Experienced Auto Accident Litigation Team

We were referred this case by an Arizona lawyer that wanted the Button Law Firm to be lead counsel. Russell Button and his team immediately reached out to the other Plaintiffs’ lawyers and began working on a plan of action to get the case moving forward. Our firm intervened in the lawsuit to see wrongful death benefits since our client lost her husband in this horrific crash.

When it was our client’s turn to give her deposition in the case, Russell Button flew out to Arizona to work on preparing her for her deposition. As our clients and referral lawyers know, Russell takes pride in preparing his clients for their depositions, as he works with them to ensure they feel ready. The defense knows that when our clients are going to be deposed, they will ultimately end up being the best witnesses in the case. Our client did an amazing job because she was able to dig deep and bring to light how this case affected her, particularly describing the relationship she had with her husband and what she missed most about it. She was able to give insight into the man her husband was.

Despite all this, the defense tried to claim that our client was not really married to her husband despite the fact that all other Plaintiffs in the case agreed. Additionally, we had court documents showing that a judge had married them, and all other sorts of documents showing their marriage was real. The defense was just trying to pull the plaintiffs apart and get them fighting. Our team and our client thought that the defense lawyer's claims were disrespectful and insulting. It became a new element of damages in the case.

However, the team made sure to work with their fellow lawyers on this case and maintain a group effort to get this case resolved. The defense lawyers and insurance company thought they could get a discount by making everyone fight about money, but in the end, it ended up being a case about the dangerous violation of safety rules that protect us all on the roads. This was a case where the full policy limits needed to be paid without trying to destroy the dignity of our client. The full policy limits were paid on this claim, and Russell’s client received her confidential share since there were other wrongful death beneficiaries that received amounts out of the full policy limits.

Why Was This An Important Case For All Drivers and Family Members?

At the Button Law Firm, we know how important it is to help our clients achieve closure and to make our community a safer place.

Our client stood firm on the fact that she lost her best friend, confidant, and husband. She will never be able to hug him, touch him, tell him “I love you”, or hear his voice ever again. That is gone forever. Her right to live a life full of love and happiness with the man she chose to be her husband was taken from her because someone else chose to drive drunk and high on cocaine, which is never okay. The fact the insurance company for the at-fault driver paid the full policy limits shows the fact that they realize that was true.

How Can We Help You and Your Loved Ones?

Though this wreck took place in Reagan County, in West Texas, our team represents the victims of commercial vehicle and 18-wheeler truck wreck cases all throughout the state. If you or your loved one has been in a wreck with a commercial vehicle or 18-wheeler, it's important to take action and get justice for your damages. Contact our firm for more information by calling (214) 699-4409 or emailing [email protected].