Texas Daycare Teacher Used Physical Force on a Child, Had Prior Red Flags That Were Ignored 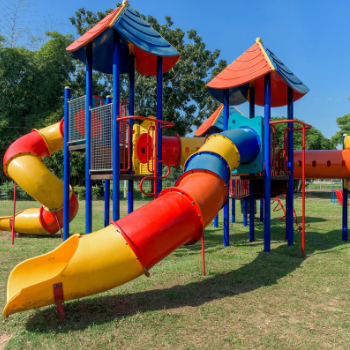 In February of 2018, a DFPS investigator visited a daycare after it was reported that there was physical and verbal abuse by a caregiver towards a child.

In February of 2018, the state of Texas Department of Health and Human Services investigated a report of physical and verbal abuse in a private daycare. The caregiver in question allegedly pushed a young child while the class was on a playground. The caregiver was found to have pushed the child in the back using both of her hands. Her conduct was witnessed by two other daycare employees.

The daycare director did not report the allegations to the state licensing division, despite the law requiring reporting. Through the investigation, it was discovered that this wasn’t the caregiver’s first time being reported for inappropriate behavior toward children. A parent of another child attending the daycare reported to the daycare director that the same caregiver was heard using cruel and berating language towards a child. Additionally, one child reported that they heard this caregiver saying that children are “stupid and idiots,” and they had seen this caregiver grab a child by the face. Furthermore, this caregiver allegedly scolded two children because she felt it was not appropriate for the two to call each other ‘sisters’ because one child was Caucasian, and the other child was African American.

Other allegations of this daycare caregiver’s misconduct include:

You can read the entire report here.

Why This Shouldn’t Have Happened

The State of Texas has minimum standards that licensed childcare centers must adhere to. The caregiver and the daycare violated the rules in place by blatantly ignoring the very standards they’re supposed to uphold.

In regard to the caregiver’s behavior, the Texas standards require the following:

All child-care center employees, including persons not counted in the child/caregiver ratio, must:

(1) Demonstrate competency, good judgment, and self-control in the presence of children and when performing assigned responsibilities;

(2) Relate to children with courtesy, respect, acceptance, and patience;

(3) Recognize and respect the uniqueness and potential of all children, their families, and their cultures

(4) Ensure that no child is abused, neglected, or exploited while in the care of the center

The caregiver in question violated the minimum standards for childcare in Texas. The state investigator made the following conclusions about the incident:

-Based on the information obtained from interviews with parents, caregivers, and children, it was determined that the caregiver pushed a child forcefully as a means of discipline

-Multiple parents had previously reported that this caregiver had called children humiliating names and spoke to children in a harsh manner.

Why This is Important

The rules are in place for a reason. They’re there to protect children from harm. The daycare and its director ignored obvious red flags and permitted an unqualified, untrained, and unsupervised caregiver in charge of children. Ignoring allegations of harsh, cruel, and inappropriate behavior will eventually lead to serious injuries, abuse, or death.

What Can Be Done to Stop This?

If you have a child who was injured by an abusive or negligent daycare, reach out to us. The Button Law Firm works hard every day to ensure daycares are held responsible when kids are hurt while in their care.

Meet our team, read some of our success stories, and find out why we’re the firm to help with your daycare abuse or negligence case. Contact us today by giving us a call, emailing us, or filling out the form below. We’re here to help.