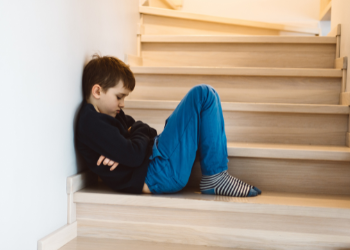 Our Dallas daycare injury attorney has seen time after time again that daycare owners and daycare teachers have downplayed a scenario of what truly happened to a child that was under their care in order to protect themselves and their business.

This is not okay. We expect the people who watch after our children to be 100% truthful, no matter the consequence. It’s hard enough to let someone else watch your child, but to find out that the person you trusted to watch over your child was the reason your kid died is unbearable.

All About Kids, a certified at-home daycare deleted phone calls from the day a child died while under their care. The child died from asphyxiation on the kid’s own mitten. A mitten is big enough to be seen by a daycare owner and stopped in time for a child to not harm itself. Due to the owner’s negligence, a precious life was lost and parents are left to mourn.

Unfortunately, this daycare owner took in two more children than what the state allows an at-home daycare to operate. Out of selfishness, the owner made that decision in order to bring in more income. The owner knew the dangers that came with taking on more than you can handle. We see this time after time, and it’s not okay for daycare to put profit over safety.

As we stated above, the daycare owner had two more children than what the state allows. Not only that but the owner delayed calling 911. The owner felt that the incident didn’t need medical attention.

The owner told investigators that as soon as she found out the baby was suffocating, the baby was taken to the couch where the owner performed CPR for five minutes. After five minutes, she then decided to call 911 and then texted her daughter.

The phone data proved that this was a lie and that the owner deleted all text messages and calls from that night, except for the 911 call.

The owner first called the baby’s parents, and then texted her daughter saying “Come home now, 911.” Then went on to call the other children’s parents for them to pick the kids up. The owner called 911 after all of those calls.
Her daughter and the paramedics arrived at the same time. The paramedics were stationed just minutes from her house. Had the owner been more responsible, the baby may just be alive today.

To this day, investigators don’t believe that the baby choked on a mitten. They believe some other foreign object caused the death.

The Importance Of Reporting Daycare Abuse, Neglect, and Injury

As a parent, you will come across many daycares. Some that are good and genuine and others that will put profit as a top priority. If you notice any suspicious behavior, you should report it. It can save a life in the long run.

We have written a whole article on why you should write incident reports as well as explaining how to do so. Check out the article, "Lessons Learned About Making Incident Reports At Texas Daycare Centers."