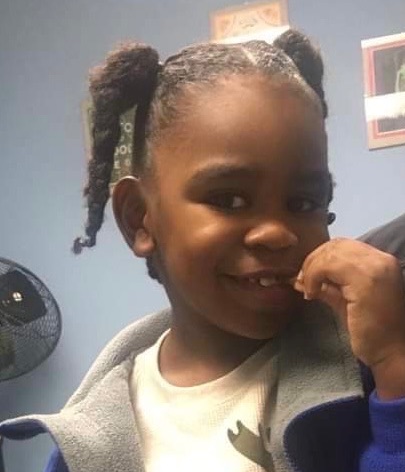 National Foster Care Day, a day set to recognize and support children in the foster care system, is the first Tuesday of May. We’re sharing the story about a toddler who was failed by the Texas foster care system—and how we are holding the systems that allowed this to happen responsible so that no child will ever experience this suffering again.

The Button Law Firm is pursuing a lawsuit against privatized foster care organization ACH Child and Family Services (ACH,) after the death of Amari Boone, a toddler who died as a result of ongoing physical abuse under ACH’s watch. Amari’s death was 100 percent preventable. He would still be alive if ACH and its employees had simply listed to multiple reports of physical abuse and followed protocols to conduct home visits.

ACH is a private organization that was contracted by the state of Texas, to assist in managing the placement of foster care children in the Fort Worth area.

Privatization of traditionally public services, like foster care, prisons, mental health facilities, and even the electric grid, are more commonplace these days. Why would state governments opt for privatization if they could just handle it themselves?

Generally, proponents of privatization argue that it would help the government run its programs more efficiently, potentially saving the government money each year. However, opponents of privatization argue that it can be unethical and brings up conflicts of interest—as some of these systems rely on exploitation or constant mistreatment of those in these systems to make profits or sustain their organization.

Throughout March and April of 2020, the toddler sustained multiple, severe injuries while ACH was responsible for his care and supervision. Members of Amari’s circle, including his daycare director, biological parents, Court Appointed Special Advocate (CASA), and neighbors reported signs of physical abuse to his case manager. His case manager and ACH supervisors did not properly document the reports of abuse and did not follow protocols to check on Amari.

Over the course of his 40 days in this foster home, Amari displayed multiple indications of suffering from abuse, including bruising, broken bones, and swelling. Just six days before his death, a report was made to ACH claiming that Amari had swelling from his right eye to his right ear. Yet, nobody from ACH checked on him. They constantly ignored the signs of abuse that ultimately led to his death.

On April 10, Amari was taken to the hospital after a severe injury where medical personnel determined he had trauma to his brain, and he would not survive. He passed away just three days later.

Changes That Can Come From This Lawsuit

These systems must be held accountable for their actions. Foster care systems in Texas have moved toward privatization—if they want to make foster care more cost-effective and efficient, there need to be safety systems in place to ensure that no child is abused or neglected while under their supervision.

The number one priority for foster care systems should be to keep kids safe. We are here to hold these organizations accountable for their inaction to protect Amari, and to ensure kids in their care receive the proper supervision and protection from physical abuse—no child should be harmed because of the system’s failures.

If you or someone you know has a child who is a victim of abuse or neglect while under the care of a foster care system or a private organization handling the foster care placement, please contact us at (214) 699-4409 or email [email protected]. Our team is here to help.

Refer a Case to The Button Law FirmRequest Information