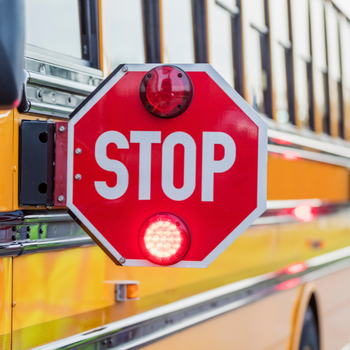 What Happened at This Texas School?

Prosper, TX - Prosper ISD parents are outraged after discovering that two girls, ages seven and five, were being sexually assaulted by their bus driver over the course of a school year. The two girls rode this bus home every day, and their driver allegedly made a point to make their stop the last one, so he could abuse them when the bus was empty. The bus driver explained away his route delays by saying the children were helping him pick up trash on the bus.

In a lawsuit filed against the school district, it has been alleged that he sexually abused these young girls over 100 times over the course of the school year.

The lawsuit alleges the children eventually told their mother about the abuse, and their mother alerted the school. Afterward, the bus driver was fired, and even though the school district eventually found video footage from inside the bus that captured the abuse, they never alerted any other parents about what had transpired. The crime was reported to the police, and the bus driver was arrested on child sexual abuse charges.

Other parents at the school only found out about the incident after the lawsuit was filed, which was several months after the abuse was reported to the school district.

What Could Have Been Done

The bus had cameras that should have been monitored or checked to ensure the children were being kept safe, and the bus driver should’ve gone through thorough background checks before being permitted to care for children on a regular basis. Unusual changes in the drop-off schedule and excuses regarding trash pickup should’ve been noticed as a red flag by the school district.

Yet, this alleged abuse went on for much of the school year unnoticed.

The Aftermath of Sexual Abuse

Sexual abuse of children causes lifelong injuries and damages. This should never happen, and if it does, children who suffer from this need the right tools to move forward in their lives so they can heal from this trauma.

Common damages seen with children who are victims of sexual abuse at school or at daycare might include:

Schools and daycares are responsible for keeping the kids in their care safe. Yet, unfortunately, an incident like the one in Prosper ISD happened, and the kids in their care were hurt. The school district must be held responsible for its lack of care when hiring, for not properly supervising its employees while they were on the job, and for a lack of transparency with other parents.

Why Transparency From the School District Is Important

The school district needed to be transparent with the parents, teachers, and students. They should have launched a formal investigation into the abuse to see if they could get answers from the other children who were on that bus and potentially identify other victims of this abuse.

Oftentimes, our firm sees schools, daycares, and other childcare facilities downplay incidents of abuse, fail to launch an investigation, and refuse to give answers to suffering families, so they don’t have to face consequences. It is important that schools and daycares, or any other childcare for that matter, are transparent when these things happen in their facilities. Without transparency, children suffer.

If your child was sexually abused by a bus driver, teacher, or daycare provider, be sure to contact our team at The Button Law Firm today. We are experienced in helping kids move forward past traumatic events and get the recovery they need. Contact our team at (214) 699-4409 or email [email protected]. You can also reach us by chatting with a live agent or by sending us a text.