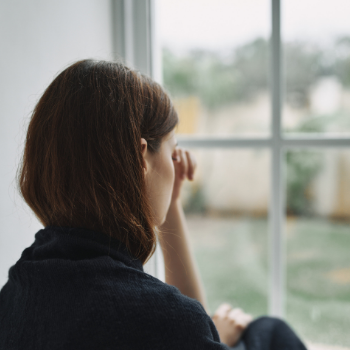 The Refuge, a non-profit organization in Bastrop, Texas contracted by the Texas Department of Family and Protective Services and the state of Texas, was supposed to provide care and support for children between the ages of 11 and 17 who are the victims of sexual abuse and sex trafficking. Instead, several of their workers have been accused of trafficking the very children in their care.

A whistleblower employee of The Refuge came forward and reported the abuse to the court. A federal judge held an emergency court hearing to review the claims about the organization – ordering the organization to stop operations immediately, for DFPS to remove the children from the care of The Refuge immediately, and for the court to receive disclosure on the identities of the alleged abusers and victims to ensure a thorough investigation is conducted.

There were seven children who were all claimed to be trafficked and sexually abused by nine perpetrators who were employees of this organization. The children who were abused remained in the facility for more than a month after the first report of the abuse was provided to DFPS. Additionally, The Refuge organization’s residential care Director was reported to have known about the ongoing abuse and did nothing to put a stop to it or to ensure the children’s safety. It took DFPS five weeks to remove all the children from the facility from the time the abuse was first reported.

On Friday, March 10, 2022, following the court’s emergency hearing, the Texas Health and Human Services Commission issued an emergency order to suspend the license of The Refuge and remove all children from the organization.

You can read more about it here.

What Does All of This Mean?

The actions of these foster care workers are appalling. Texas Governor Greg Abbott has called the situation ‘abhorrent,’ vowing a Texas Rangers investigation and justice for those who were involved. Children continue to be systematically abused while in foster care programs contracted with by DFPS and the State of Texas – and not much is being done about it to ensure the safety and wellbeing of children in the system.

Like with the case of Amari Boone, a three-year-old boy who was repeatedly abused and eventually killed by his foster parents, it is alleged that multiple individuals in positions of power knew of the ongoing abuse but did nothing to stop it. As a result of the systemic failure of the foster care system and its private, contracted-with entities, Amari Boone died.

The State of Texas continues to contract private organizations to provide and arrange foster care for children. But, as seen with the previously mentioned instances, the state is not doing enough to ensure these children are living in safe conditions.

In fact, a previous Health and Human Services record from June 2021 showed the Refuge did not run complete background checks on an employee – the background check in place was provisional. Under the law, employees with pending background checks are not to be left alone with a child or a group of children. Unfortunately, there is a history of failing to properly qualify employee backgrounds as shown by a former 2021 report reflecting another instance where an employee was found to have been working with children for six months without a cleared background check. Although the identity of the employees involved in the current abuse allegations at The Refuge is unknown, the facility has shown in the past that it is willing to cut corners on safety for the children they are supposed to protect.

After the matter was published, Governor Greg Abbott has ordered an investigation into the facility by the Texas Rangers, but the question remains – why wasn’t more done to protect these children before they suffered this abuse? These children were already victims of human trafficking – only to go to a place that promised to heal and help them to then be again subjected to physical and sexual abuse in addition to neglect. The organization and the State of Texas failed these girls.

Those who allowed this to happen must be held responsible. Children in foster care deserve kind and compassionate care without the threat of constant abuse. The foster care system in Texas has failed its children once again.