If you or someone you know has a child who was harmed by their daycare teacher, schedule a free consultation with a Texas daycare injury lawyer today. We know how difficult getting through this can be. The Button Law Firm wants to help guide you – as we have helped guide many parents and families within Midland, Houston, Dallas, and the surrounding areas.

Texas Wrongful Death Attorneys At Your Side 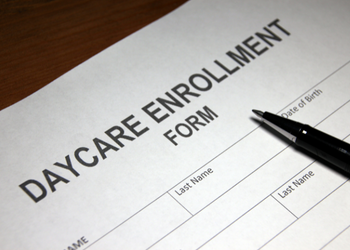 We expect daycare providers to be properly trained on how to take care of children based on their age group. Babies who are months old are going to need different care and attention compared to a child that is a year old.

We also expect daycare providers to be honest and live up to the promises they made to make us choose them as our childcare providers. Our Texas child wrongful death attorney explains this case more.

How This Unfortunate Incident Occurred

It’s not easy for a mother to choose to go back to work instead of caring for her child. This mother chose a private, family-run daycare assuming it was the perfect fit for her child. The daycare told the mother that they would provide “much attention, love, hugs, and comfort to these small ones in an attempt to daily replicate their family home environment.” She trusted this family-run daycare and they let her down.

Bibs and Cribs, a private Christian daycare located in Houston, Texas had an infant die while under their care. They informed the mother that her son was being taken to the hospital but they couldn’t give her a reason as to why they were doing so. When the mother showed up at the hospital she had to make the hardest decision yet. The mother had to decide to take her newborn baby, who was just shy of 3 months, off life support.

The hospital determined the cause of death to be Sudden Infant Death Syndrome, also known as SIDS. Something didn’t sit right with the mother as she stated “my baby was so happy and healthy that day. Really, nobody had any answers as to why this happened.”

This attorney was able to get the answers that the mother needed to get closure on the death of her newborn. When questioning the daycare Vice-Presidents they both had two different stories.

One claimed that the child was sleeping on his back and even made the incident report stating the child was on his back when he was found with blood running down his nose covered in his own vomit. The other vice president said that the baby was found on his stomach, the way they had put him down to take his nap.

One of vice presidents also stated that she wasn’t aware that putting a baby on their stomach would lead to SIDS as well as admitting to not have taken any training classes on how to take care of children.

The daycare was equipped with security cameras that were not used during hours of operations but after hours as they suspected that their employees were stealing pampers and wipes from the business. This shows their true motives. They didn’t care to have security cameras for the safety of the children but to make sure they weren’t losing money.

While being interviewed, they also said that they were aware they gave the cops a false story as to what happened for the incident report and had no intentions in calling them back to change their testimonies.

The daycare has then changed their name to New Day Children's Academy.

What Can The Button Law Firm Do?

If your child has been injured while attending Bibs and Cribs or any daycare in Houston, Texas please give us a call at 281-857-6116. We work hard to make sure that no other child will be hurt or even killed while in the care of unqualified daycare owners and their employees. You can also fill out our Contact Us form to let us know what happened to your child.

Check out our articles on daycare injuries as well as our YouTube channel. We have a whole series on daycare informal videos on anything from how to choose a daycare to what happens after you fill out an incident report at a daycare center.