We expect our children to be taken care of to the best of the caregiver’s ability as we are paying for their service. 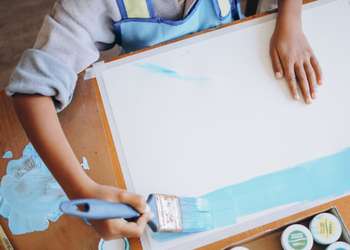 There should be no reason for a parent to worry about their child getting sexually abused while attending an at-home daycare. Our Texas child abuse lawyer explains that stories like this are why it’s so important for parents to look around the house and meet everyone that will be present while their child is under their care.

How a Child Was Abused at Daycare in Plano, Texas

A young child was abused for two years by her caregivers’ teenage son. A scenario that no one thinks will happen until it does. The innocent little girl was able to tell her parents what happened at the age of five. Her abuser had manipulated her into thinking that she should not tell on him because “it was supposed to be a secret.”

She told the police that he would “pick her up and take her into the bathroom.” This is where he would force her to perform sexual acts. She also mentioned that it would happen when his mom left the house.

Why was the mom leaving children with her son when she is the one that got hired to take care of them? Of course, no mother would ever think their own children would commit such disgusting acts. Regardless, none of those children that were under her care should have been left at the house while she was gone.

The teenage boy was 17 years old when he was arrested for sexually abusing two children and was recently sentenced to 33 years in prison on February of 2018.

What Can Be Done About It?

It’s extremely important to pay attention to any slight change in behavior in your child as well as constantly asking them how their day was. Many children who have been abused have been convinced that it should be kept a secret.

Children should not be involved in any abuse as it will result in long-term psychological damage.

This is why lawyers fight to make sure that the abuser does not get away with the damage he or she has created. The civil case helps the victims. That is where we come in.

by Russell Button [email protected]com
Connect with me
Dallas, Houston, and Midland Texas trial and personal injury lawyer dedicated to securing justice for clients.
Be the first to comment!
Post a Comment