In October of 2019, a three-year-old child was on the playground of his Texas daycare with the rest of his class. That day, the daycare facility was severely understaffed. 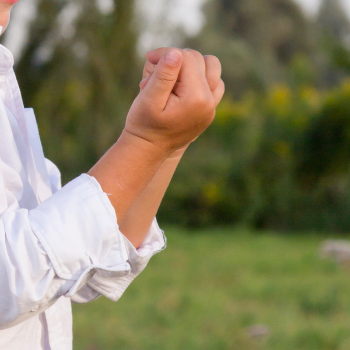 The three-year-old boy needed to go to the bathroom. Most parents would expect that a caregiver would have helped walk the child there so he would not be wandering around the building alone. However, the caregiver decided to send the child to go inside the building by himself. Upon attempting to open the door, a finger on his left hand was crushed by the hinge side of the door. He was trapped in this door until a caregiver finally found him – scared, screaming, and crying.

As a result, his finger was nearly severed off. Fortunately, he was taken to the emergency room where doctors were able to successfully reattach his finger. In the coming weeks, months, and even years, he would have multiple follow-up visits and surgeries. Our Texas child injury lawyer mentions that health care professionals believe that he will require special medical care for the rest of his life.

How Did This Child Suffer Such a Serious Injury?

There are many rules and regulations involved in childcare. Doors are not meant for young children to push and pull. The caregiver in charge chose to send this child into the center on his own and in doing so, sent him off to manage getting in and out safely all on his own. This was a completely avoidable incident.

When these rules are broken and ignored by caregivers, we step in and help the family hold them accountable. This child’s parents immediately reached out to us for legal help, seeing that we have the experience and knowledge to properly deal with a daycare injury.

Childcare lawsuits can often be complex. For example, even though an incident has clearly occurred, uncovering the truth as to how it happened can be difficult. The daycare and caregivers involved often avoid coming clean. Rather than telling the truth, they choose to downplay the seriousness of the situation and their involvement. Due to the young age of the children involved, they often have difficulty expressing themselves which makes it challenging to get an account of what happened from them.

We know which questions to ask. Our team has an abundance of healthcare and childcare experts that can give professional insight into the child’s injury, how it happened, and how it could’ve been prevented.

In this case, our investigation found that the caregiver cut corners and ignored proper supervision procedures. As a result of the daycare’s shortcomings, this small child’s life changed forever when his finger was severely injured. The child not only had to deal with the agony of the physical wound but also the pain of the emotional damage as well.

Our investigation revealed that this same daycare had multiple violations in the past – even one involving a similar finger injury from two years prior. However, the daycare’s management did nothing to improve the safety of the facility or ensure that its caregivers were properly supervising the children, leading to the incident happening again.

Traumatic injuries of this type often have long-lasting effects on the social, physical, and emotional abilities of the child. This injury caused the three-year-old child to regress in his potty training and independence. He had to go back to wearing diapers, as he was unable to use the bathroom on his own, due to his arm being in a cast.

The pain he suffered took a toll on his mental health. He developed fears of doors, opening doors, closing doors, and cutting his fingernails that lingered for months after the physical injuries had seemingly healed.

Our team was deeply saddened to see such a young child deal with so much stress, especially when it is something that should have been prevented.  The daycare made it clear that they were okay with cutting corners. We were determined to hold them accountable.

Ultimately, we fought for our clients and successfully resolved the case. We ensured that the young child would have funding to help pay for his future medical care, like future surgeries on the finger and psychological therapy to help him work through his trauma. Although this should have never happened, we felt grateful that we could help this family through this incredibly complex situation.