What Do I Do if My Child Was Hurt at Becky’s Daycare? 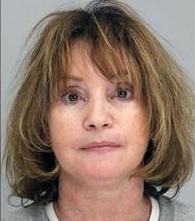 When parents find out that their child has been injured at daycare, there's a great deal of frustration, disappointment, and anger.

It's Not Your Fault

Rebecca Anderson, the owner and primary caretaker of Beck's Home Childcare, was abusive and harmful towards the very children she was supposed to care for. In situations like this, parents often ask themselves questions like:

If Your Child Attended Becky's Child Home Care, Look Out for These Signs of Daycare Abuse and Neglect

Most parents that had children that were involved in being abused and neglected by Rebecca Anderson at Becky's Home Childcare in Mesquite, Texas, are likely feeling significant anger and frustration.

These parents were working hard every day to put food on the table and needed a daycare provider they could trust, yet their trust was betrayed.

Abusive daycare operators, like Rebecca Anderson, constantly lie to parents about injuries that happened when these kids are under their care. Whether it’s small bruises or a broken bone, she's quick to blame it on something else (for example, using excuses like the child fell or was playing with another child and was hit). The parent doesn't know any different. It's only when a lot of parents start to add these injuries up and start to see the consistent patterns. A parent can also notice a kid being terrorized at night with nightmares due to years of psychological and mental abuse.

Sadly, a lot of the children involved in the abuse cases were toddlers that were too young to be able to communicate. The ones that could communicate or talk were threatened to not say anything.

How to Best Help a Child Impacted by Daycare Injury, Abuse, or Neglect

Let's start with the kids that can't communicate, like the infants and toddlers, that are anywhere from three months old to even up to two and three years old. Those children are likely suffering from not just physical injuries, but the mental and emotional injuries that they can't communicate about. I want you to imagine for a second that a significant traumatic event happened to you as an adult, and not being able to tell anybody about that. Imagine how scary that is.

Unfortunately, these kids are likely going to suffer separation anxiety. They're going to have outbursts or incidents like wetting the bed. They're going to be scared more often than they normally would be. And most likely, you will see separation anxiety as parents bring a sense of comfort. Parents need to make notes of what they see behavioral changes their child experiences because a counselor may not be beneficial at that age just yet.

Parents of older children, meaning age four and up, will need to check for the following signs of abuse such as physical injuries, burns, bruises, scars, and brain injuries. Parents will also want to look for any mental and emotional trauma that might have developed over the years and make sure that the doctor notes it down. Mental and emotional trauma will have the same symptoms as anybody else would have: tremors, nightmares, wetting the bed, temper tantrums, problems controlling their emotions, fear, and lack of trust.

But mainly, the parents are going to want to be ready to get their children to a counselor, therapist, or psychologist earlier, rather than later. This step is important for getting ahead of the scars the trauma may cause in the future; it will help these children be able to deal with events that happen later in life.

What Can The Button Law Firm Do to Help With Your Daycare Negligence and Abuse Case?

At the end of the day, these parents are grappling with the aftermath of the trauma their kids have suffered from Rebecca Anderson. If you want to know more about the criminal process and understand what's going to happen with Rebecca Anderson from the criminal aspect, you can track that case here.

Check out his article, Important Information For Families With Children Impacted As A Result Of The Daycare Negligence At Becky's Home Child Care.

What our team at The Button Law Firm does for all of our clients that are victims of daycare negligence and abuse is make sure that parents understand the different medical treatments that are involved with severe abuse and neglect cases like these.

If you feel that you need to speak to a daycare negligence attorney, please call us at 214-699-4409 or fill out our Contact Us form to receive free daycare negligence information. We want to help you hold bad daycares accountable. The Button Law Firm works on contingency fees so you will never have an out-of-pocket expense.