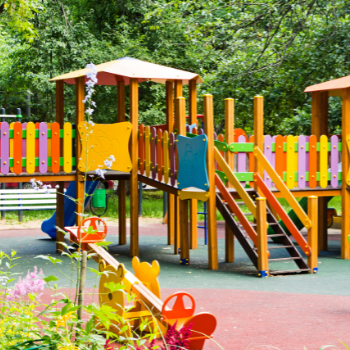 In August of 2016, the Texas Department of Health and Human Services went to a Texas daycare for an unannounced investigation after a reported injury happened involving a toddler as our Dallas child injury lawyer further details.

The child was getting ready to play on the daycare’s playground equipment when he fell from the top step leading up to the playground and hurt his arm. The daycare noticed the child was hurt, walked him inside the building to get him additional help, and called his father a little after eleven in the morning, saying that the child fell but seemed to be “okay.” The father took their word for it and didn’t know the severity of the injury. He was not asked to pick up the child early and the daycare did not call for emergency care or an ambulance. Later that day, at around six in the evening, when the child’s mother came to pick up the child, she noticed how sensitive his arm was and that he was in excruciating pain.

The mother asked the daycare why they weren’t notified of the severity of the child’s injuries – the daycare tried to downplay how much pain the child was actually in. After a trip to the emergency room, it was discovered that the young boy had broken his arm in the fall off of the daycare playground equipment. The playground he was permitted to play on was not appropriate for his age group. Inappropriate playground equipment and a lack of supervision led to this child breaking his arm and being left in pain all day.

How Did the Daycare Break the Rules?

As stated clearly in the Texas minimum standards guidebook for childcare centers (the law governing Texas daycares), section §746.1205 states that supervising children at all times means that the assigned caregiver is accountable for each child’s care. This includes responsibility for the ongoing activity of each child, appropriate visual and/or auditory awareness, physical proximity, and knowledge of activity requirements and each child’s needs. The caregiver must intervene when necessary to ensure children’s safety. In deciding how closely to supervise children, the caregiver must take into account: (1) Ages of the children; (2) Individual differences and abilities; (3) Indoor and outdoor layout of the child-care center; and (4) Neighborhood circumstances, hazards, and risks.”

Texas law is clear on what is required of caregivers who are looking after children. This daycare was not properly supervising the child when he was able to get on playground equipment that was not appropriate for his young age.

How This Could Have Been Prevented

The investigator determined that the daycare’s caregivers were not properly supervising the child – allowing for injuries to happen more freely. Additionally, the investigator determined that this child was not in a suitable play area for children his age – he had access to playground equipment that was too mature for him that could and did cause him injury. This incident and the child’s injuries would not have happened had the caregiver been watching the child more closely and taken action to prevent him from using playground equipment that was not safe for his age group.