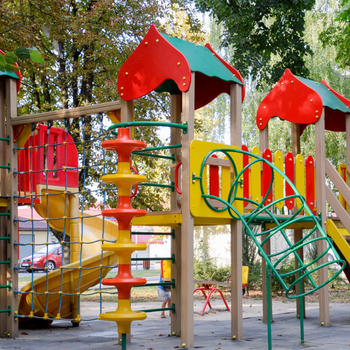 If your child was injured on the playground at daycare, you're likely full of anger, frustration, and concern. This is completely understandable, as most parents struggle to know what to do after their child is injured at a daycare center, specifically on the playground.

After taking your child to the emergency room or pediatrician for medical treatment, you will want to revisit the daycare center to do the following.

First, you want to make sure to request to inspect that playground equipment. Upon inspection, you want to take photos of the scene, the actual equipment used, and all the different angles of it. The reason you want to do this as soon as possible is because daycare centers have a tendency to immediately go and take remedial measures, which is a lawyer's term for changes after something happened. The problem is that if you did not originally get photos or request to take them before they touch the evidence, also known as tampering with evidence, there would be no proof.

If you run into the problem that the daycare employees don’t know where the incident happened, then note that down, take all the photos you can of the area, and make a report. If they can't tell you any details, it was likely a supervision issue.

If the daycare center does not provide you with an an incident report, then write down all of the information you've learned about the incident, and make a copy. Then you can hand that to the daycare center for your child’s file. You want it in writing one way or another.

Second, you will want to request that a safety change be made if you see or feel that poorly maintained playground equipment was the cause of your child’s injuries. For example, if you look at the playground equipment and there are exposed bolts, sharp metal edges, or rust, tell the daycare center you want it cleaned up and fixed. This should be done only after you have taken photos to preserve that evidence. This will ensure that something is done about what happened to your child.

Third, you need to make sure that the daycare center is held accountable, which means that three things take place. You want them to admit they did something wrong. Because your child was injured on a playground that was neglected, you want them to admit it was not maintained well. You want them to promise that it won’t happen again because they will make the safety changes necessary. Finally, you want them to make it right. Whether your child only needed a check-up at the ER or had massive life-altering injuries that require a lifetime of treatment, you deserve to have the daycare to pay for the damages they caused. Why should you or your health insurance be on the hook for neglected playground equipment that your daycare allowed to injure your child? You should not be left to deal with this by yourself or file for bankruptcy because of their choices to put profits over safety.

After your child is seriously injured at daycare, it can be difficult to know what to do next. In fact, we often get asked, should I leave my kids in the daycare facility or take them out? That depends on many factors, and we would be happy to discuss it for free if you call our office at 214-699-4409.

What Can The Button Law Firm Do to Help With Your Daycare Case?

All of our clients want to make sure that whatever happened to their child doesn’t happen to another. Thus, we make it our mission to make the daycare safer than it was before to ensure that there is greater good going around than just money.

If you want to learn more about how The Button Law Firm has helped people around Texas and beyond with serious daycare injury cases, be sure to read our success stories.

Want to Learn More About What to Do if Your Child Is Injured on a Playground at a Daycare Center?

Ever wondered how often children are injured on playground equipment every year? It is a staggering number that needs to be reduced.

If you would like to receive answers to any daycare or child injury questions you have, please reach out. We are here to make daycare a safer place for your children and protect future kids from harm. Give our Dallas, Houston, and Midland Daycare Injury Lawyers a call at 214-699-4409 or fill out this form to tell us your story.