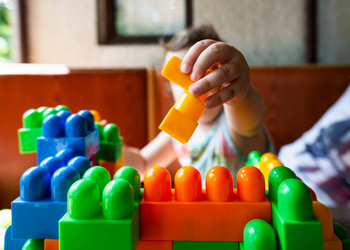 We expect the employees at daycare facilities to have the correct qualifications to be around children. A very important attribute a daycare worker should have is patience. Having patience will make a world of difference in how your child will be treated while under their care.

Check out what other qualifications we believe daycare employees should have to be around children by following the link and reading this case story by our Texas child abuse lawyer.

How This Small Child Became a Victim

An 8-month-old was abused while attending Bibs and Cribs Advanced Learning Center in Houston, Texas.

As his mother prepared him to take a bath, she found obvious bruising on her son's arm. The bruises were big and purple. This, of course, alarmed the mother and the infant was taken to his pediatrician the following morning. The doctor said that the bruising appeared to be from fingerprints. The parents also contacted the Department of Family and Protective Services at the daycare and filled out an incident report and took pictures of all of the injuries. Once DFPS was contacted, they realized that the daycare had a citation for a similar case close to a year from the current incident. The previous citation was “grabbing a child by the arm” causing an injury and bruising.

These parents followed all of the correct steps after finding out their son was being abused at daycare. The fact that they made an incident report and contacted CPS will let other parents not bring their children to a daycare facility that treats children as so.

You have to be the voice of your child when injustice occurs, especially if he or she is too young to even be able to speak for themselves.

This incident also happened just ONE month before the death of a 3-month-old died while attending this daycare center. We have a blog about this if you wish to read more.