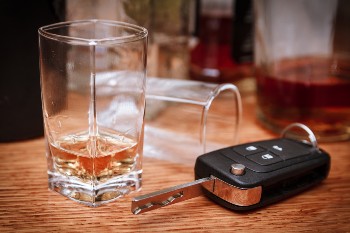 Texas is known for many things, including the dubious distinction of consistently being at the top of the list concerning drunk driving fatalities. Driving while under the influence can have serious ramifications for both the drunk driver and those in the vehicle they hit. The drunk driver could be facing fines and jail time, and the parties at the receiving end of the crash could experience life-altering injuries or even death.

How Texas Laws Can Impact a Drunk Driving Case

If you operate a motor vehicle in Texas, you are automatically granting the authorities your consent to test your blood alcohol level if they have reason to believe you could be under the influence. In Texas and every state across the nation, it is illegal for drivers to have BAC levels over 0.08 percent. Refusing a breathalyzer test can result in stiff penalties, especially if the driver has previous DWIs on their record.

Drunk driving accidents differ from other types of car accidents in the following ways:

What You Should Know About Comparative Fault

Texas is a comparative fault state. This means that if the injured party is found to be more than 50 percent at fault in causing the accident, they could be held financially responsible for the accident. Although there is implied negligence when a driver has an elevated BAC, a DWI does not automatically put the drunk driver at fault. For example, if a drunk driver crashes into you while you are texting and driving, both you and the drunk driver may be found at fault.

You will have to prove the other driver was negligent in doing something to cause the crash—in this case, driving while impaired. If you cannot prove this, you might not get compensation for your injuries from the drunk driver’s insurance company.

Don’t let the drunk driver’s insurance company try to underpay your claim or deny it altogether. Protect your right to receive full compensation for all damages by working with a DWI wrecks attorney in Texas who understands how to fight against allegations of comparative fault.

Clearly, accidents involving a drunk driver are not as straightforward as you might think. This is why you need an experienced lawyer who can gather the evidence required to make a strong case for your claim. Insurance companies always have the same goal—to pay out as little as possible to maximize profits. Without an attorney on your side, you might not get the compensation you deserve for your injuries.

Our accident investigators can go over the details of your crash to determine whether other parties could be held liable, including the person or business that provided alcohol to the negligent driver.

Contact us as soon as possible after the crash so you can schedule a free, no-obligation consultation.