The Serious Wrecks Drunk Drivers Cause and How to Protect Yourself 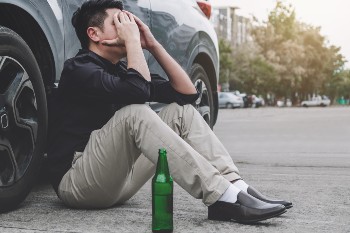 Because of their slower reaction time and impaired judgment, a drunk driver’s choice to get behind the wheel can lead to severe crashes. In the aftermath, victims of these wrecks are left with serious injuries: traumatic brain injuries, back, and spinal injuries, paralysis, and internal organ damage.

It’s important to know the risks drunk drivers pose to everyone else on the road and how to protect yourself. Our Texas drunk driving accident attorney provides some of the signs a driver may be intoxicated, some of the common wrecks caused by drunk drivers, and what to do if you’ve been hit by one.

Is The Other Texas Driver Driving Under Alcohol Influence?

In Texas, a driver is considered to be legally drunk with a blood alcohol content of 0.08 percent. But it isn’t always easy to tell if a driver is impaired. Some of the subtler signs can include:

If a driver showed any of these hints of possible impairment before the crash, you will want to talk with an attorney who can help protect your rights.

While drunk drivers face criminal charges for their actions, they can also be held responsible for all the catastrophic injuries and damages they have caused. A civil lawsuit may be filed to hold the driver financially responsible and recover compensation for the victims. An experienced personal injury attorney can maximize your compensation if you are the victim of a drunk driver.

Some of the common types of accidents caused by drunk drivers include:

Drunk drivers may not realize they have collided with a bicyclist, pedestrian, or another vehicle. If they do realize they have caused a crash, they may flee the scene for fear of getting caught driving drunk. Some may be driving on a suspended license or without insurance coverage, so they drive away from the injury scene to protect themselves.

Often inept at covering up their tracks, drunk drivers who flee the scene of an accident can be caught via eyewitness testimony, surveillance cameras, and even social media posts.

Hit-and-run accidents are serious offenses even if the negligent driver isn’t under the influence of drugs or alcohol. In Texas, it is a third-degree felony to leave the scene after a hit-and-run crash.

If you have been injured by a drunk driver, you need an experienced lawyer for a civil lawsuit. At the Button Law Firm, we work with investigators to help gather evidence related to your crash—even if the other driver was not charged with Driving While Intoxicated  (DWI). We can also go over the details of your case to determine whether there is a liability for damages on the part of the person or business that provided alcohol to the negligent driver.

Because there are deadlines for filing a car accident claim, we recommend that you contact us as soon as possible after the crash. Connect with us or call us at 214-699-4409 if you or a loved one are the victims of a drunk driver.