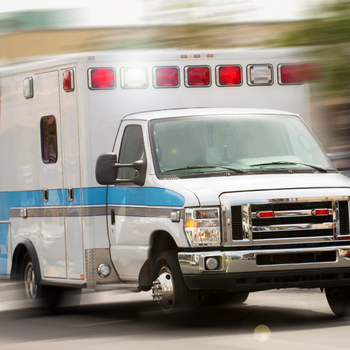 What Happened at This Texas Daycare

Prosper, Texas – The Primrose School of Prosper, a private daycare in Collin County, is facing backlash after multiple children under the age of two were hospitalized following reactions to exposure to tetrahydrocannabinol, also known as THC, which is the chemical in marijuana that can affect a person’s psychological or mental state, our Texas daycare injury attorney adds.

Prosper Police Department reported that four children in the same class at The Primrose School became suddenly ill on October 31, 2022. Two of the toddlers were transported to an emergency room by Prosper Fire-Rescue, one was taken by the Frisco Fire Department, and one was driven by their parents. The number of children actually exposed but that were not hospitalized is unknown.

Upon investigating further, evidence suggests that all these children were allegedly sickened from THC. The arrest affidavit states that children at the school got into a Ziploc bag of THC gummies and consumed them. A staff member later admitted to bringing the THC gummy candies to the facility.

That staff member, Anisah Burks, of the Primrose School of Prosper, has since been arrested and is facing charges, including felony possession of a controlled substance and four counts of injury to a child.
Thus far, three of the children who were hospitalized for this incident have been discharged, but one remains in the hospital and is in stable condition.

You can read the whole story here.

Young children are curious and are unaware of the dangers of eating items that can be harmful to them, especially food. What looks like a normal gummy candy may contain a large amount of the chemical THC. That’s why these foods can be incredibly dangerous if left around children. If a child does ingest THC from food containing it, whether that is candy, a brownie, or something else, they’re more likely to end up in the hospital simply due to their small size and the extremely concentrated amount of the chemical in the food.

Drugging and Poisonings in Texas Daycares

Daycares should be safe spaces for kids, not a place where they might be exposed to illegal and potentially toxic substances.

In Texas, there are strict guidelines in place to prevent prescription or over-the-counter drugs from being misused or accidentally ingested by kids at daycare. Illegal substances, like those that contain THC, are completely prohibited and should be nowhere near a daycare or even children, for that matter.

An incident such as this where an employee has exposed children to THC while they were meant to be cared for and kept safe in daycare is frightening. Parents whose children have been affected by this or a similar event must take action to hold the daycare and caregiver responsible.

If your child has been exposed to a controlled substance, like THC, while at daycare, it’s important you reach out to a law firm that handles cases involving the drugging of children at daycare.

Children should never have to face an illness from drug exposure because of irresponsible, negligent, and reckless caregivers. If you are seeking justice for your child, call us first to speak with our experienced daycare injury lawyers by calling (214) 699-4409 or filling out our contact form below.