The people who work at daycare facilities are in charge of looking after children and ensuring they are being properly changed, fed, and cared for. The least they can do is… their job. A poorly made choice in hiring caused this business owner to have to shut down the doors of what she claimed was her passion. Our Dallas wrongful death lawyer details this unfortunate incident further.

Could This Incident Have Been Avoided? Of Course. 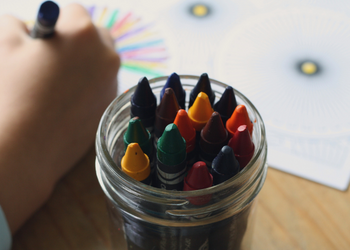 Hiring the correct and qualified childcare provider is extremely important if you run a daycare center. Read our article on what we believe should be qualifications for the people who will be taking care of your children.

Little Jackets Nest daycare located in Alvin, Texas on the outskirts of Houston, hired two unqualified and immature employees. A baby boy who was under their care was sick to his stomach, instead of comforting the baby and changing his diaper as needed they both ridiculed him on social media.

These two employees, who had just graduated high school, took videos and pictures of a baby covered in his throw-up and feces. The images and videos were then posted on social media accounts with the captions “y’all still got baby fever???” and “I don't want kids anymore.” The mother of this baby boy got a hold of the social media post and was furious. As she should be.

There are many things wrong with this situation:

Parents are working too hard and paying a lot of money to make sure that their kids are properly taken care of while at daycare.

His mother expressed her anger and gave the following statement. “He’s not a joke. He’s not something you share on Facebook. I felt like they disrespected him and when I watch that, that’s what overcame me. That my poor child is being treated like he’s a circus act.”

The Facebook post was shared and people left negative reviews on Little Jackets Nest daycare center as well as threats and harassment towards the owner’s family. This resulted in her making the decision to shut down her business permanently.

The owner expressed how sad she was at the event that took place at her daycare and explained why she made the decision to shut it down. The owner said that “Owning the Nest was a dream come true that I’ve had since I was a little girl.”

Stories like these are why it’s so important for daycare centers to hire the right people to be near children. Please pay close attention to how the teachers of the daycare your children are going to be attending are.