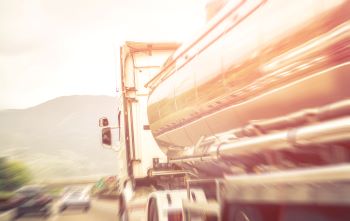 The Injuries Sustained After Such an Impact

During the wreck, our client hit his head on his driver side window and the twist caused a substantial disc herniation in his lower back. The disc herniation caused pain for nearly two years until my client could no longer bear it. He finally had to have surgery on his lower back. Although it helped with the pain, it still never went away. However, that was as good as he was going to be.

Our Truck Accident Attorney Was There to Make a Difference

I was brought into it shortly after the case was filed. During the depositions, the company driver claimed he wasn’t on his phone and that if he was it would be in direct violation of his company policies and procedures. So, we ordered the phone records. On them, it showed that he was on the phone prior to and during the wreck. The defense tried to settle, but we thought there was more there. So, we looked at who was on the other end of the calls. It turns out that some of the calls were with his supervisor and the safety director at the company. The company had a systematic failure in that they have policies in place, but knowingly choose to violate them anyway. Once this was discovered, the case quickly resolved for far above the initial offers made before I was brought into the case.

At The Button Law Firm, we take great pride in leaving no stone unturned on a case. This is particularly important on our cases against trucking companies as well as cases involving commercial drivers. On a distracted driver case, it is our goal to show that it was not just one single event that this occurred. Instead, it is an epidemic throughout the company.