The Importance of Getting a Trial Attorney for Your Truck Accident 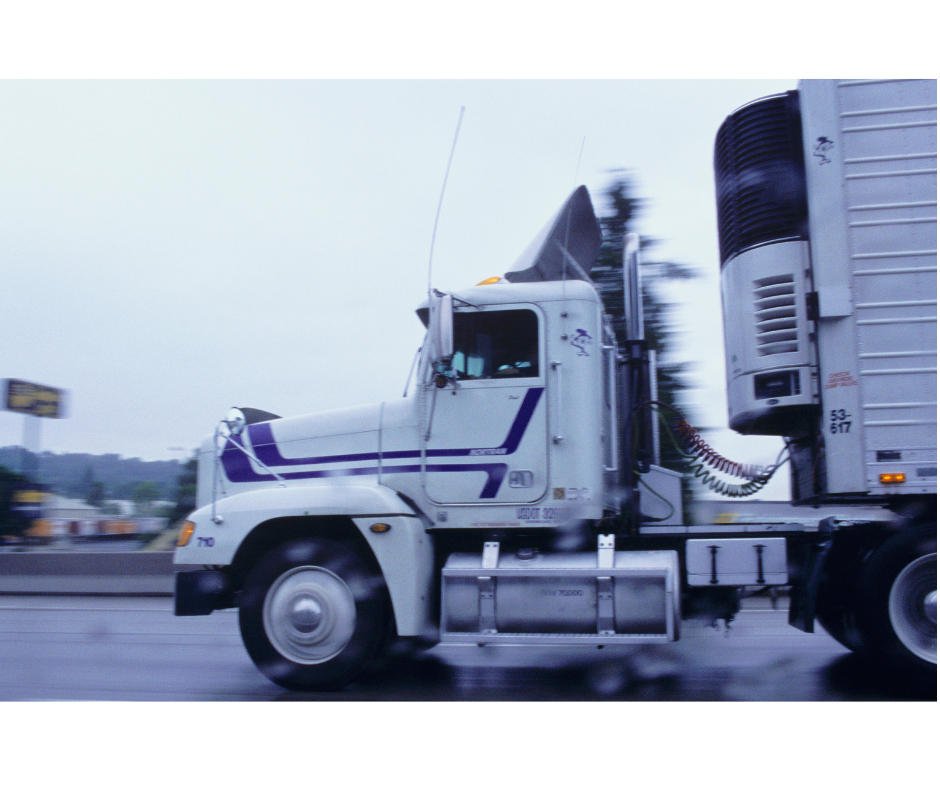 Truck wrecks differ from car wrecks because they involve a larger vehicle, sometimes weighing up to 80,000 pounds. Trucks are driven by a professional driver. They have, or should have, a CDL, which stands for a commercial driver's license. Truck drivers have safety standards they must meet and trucking companies must ensure compliance. The injuries associated with a truck wreck are usually more severe than a car wreck.

Yes. Truck wrecks are unique cases that require immediate attention and an all-in approach. Why? It is simple. The trucking company and their insurance companies are going to spend enormous amounts of money to defend the case in any way possible. I am a trial lawyer that has actually tried these cases to a jury. We handle a significant amount of trucking or commercial vehicle cases every year. I want to give you a few reasons why anyone who has a potential personal injury or wrongful death case against a trucking company should hire a trial lawyer right away.

When a catastrophic wreck happens, which is usually the case in wrecks involving trucks, the scene is loaded with important evidence. Read our article on Key Evidence To Use In Your Truck Wreck Case to learn more about evidence in truck wrecks. We hope the police will be conducting a thorough investigation. Most times they do, but what happens when they don't? The evidence at the scene starts to disappear and go missing. The more time goes by, the harder it is to find witnesses, skid marks on the ground, physical evidence at the scene, and damaged vehicles to get inspected.

Once we are hired on a truck wreck, we immediately send a detailed preservation letter to the trucking company, truck driver, and their insurance companies. In the preservation letter, we let them know we represent you and to now direct all communication to us. We do not want an investigator or adjuster calling you night and day trying to get a statement out of you.

It also puts the company and driver on notice that they cannot destroy any evidence pertaining to the driver, the company or the case. This includes the driver qualification file, personnel file, drug file, and all standard documents required to be kept by the company. The Federal Law allows them to destroy some of these documents after a certain amount of time, but when we send a preservation letter, they now have to keep them. These documents are where the power in the cases lie. If the trucking company is allowed to destroy these in the normal course of business because you waited too long to hire a trial lawyer, important evidence is now gone forever.

Let's first start off with what an accident reconstructionist does. An accident reconstructionist is a highly trained individual that knows how to look at the physical evidence, speak with any witnesses at the scene, speak with the folks involved in the wreck, and inspect the vehicles involved to re-create the wreck. Most times they can determine the actual cause or at least rule out what was not the cause of the wreck. Science is involved as well as engineering.

In nearly every trucking case I have handled, the defense has immediately sent out an accident reconstructionist to the scene. This allows them a head start on collecting evidence and trying to find ways to craft their defense. Then when their driver and representatives are investigated by the police or others, they already have a story ready.

Once we are hired, we will determine when an accident reconstructionist is necessary to be sent out. If one is, we immediately send one to the scene and inspect the tractor and trailer involved. They take photos, measurements, and look for physical evidence. Once this is done, our team works with the accident reconstructionist to see what other evidence may be out there. As you have seen, we turn over every stone in every case.

A private investigator is a trained and licensed individual that is certified by the state in which they operate. Investigators are trained to be able to find witnesses and gather information from them. They are not lawyers, but the evidence that they gather can be used in court. We actually call them to the stand to testify about what people said or the evidence they find. Many private investigators are former police officers.

The trucking company and insurance companies will send private investigators to the scene and surrounding areas to interview anyone and everyone. Yet, they will only write down or videotape the ones that don't remember anything or say it wasn't the truck driver's fault. They will have an investigator follow your client around town. They watch your every move.

Once we are hired, we send out private investigators to the scene to track down witnesses. We get every statement we can. We preserve all physical evidence at the scene. Our investigators work closely with my team to make sure that every avenue for evidence is gone down and completed. A case that is missing evidence or facts is a hard one to win and an easy one to defend. If we are hired early enough, we are usually able to preserve most of the evidence.

Why Hire A Trial Lawyer?

This is no different than choosing a surgeon to operate on you. You want a surgeon to discuss the risks and benefits because they have been there and done that. They have the experience to handle things when they don't go according to plan. This is no different than an airplane pilot. You wouldn't want to be a passenger on an airplane pilot's first flight. You want them to have years of experience.

Trial and personal injury lawyers are the same in that way. You will want a trial lawyer on a truck wreck. A lawyer that does not go to trial on truck wrecks will not understand the importance of doing any of this upfront. They will be hesitant to spend this kind of money up front to get all the evidence necessary. Like I said at the beginning, trucking companies and their insurance companies will spend large amounts of money to defend the case. A true trial lawyer knows this. Thus, we use all our resources to preserve evidence, find witnesses, and send out investigators and accident reconstructionists to the scene.

Where Can You Go To Learn More?

When we tell people from other states that we are from Texas, they empathize. Not only are Texas drivers known to be fast and dangerous, but truck drivers are known to be even more so. For example, as the oil boom brought more residents out in Midland, TX, it also brought more truck wrecks. We saw a large spike in the increase of truck wrecks as a result of careless truck companies. With that, we decided to take steps on educating the public on what they can do. 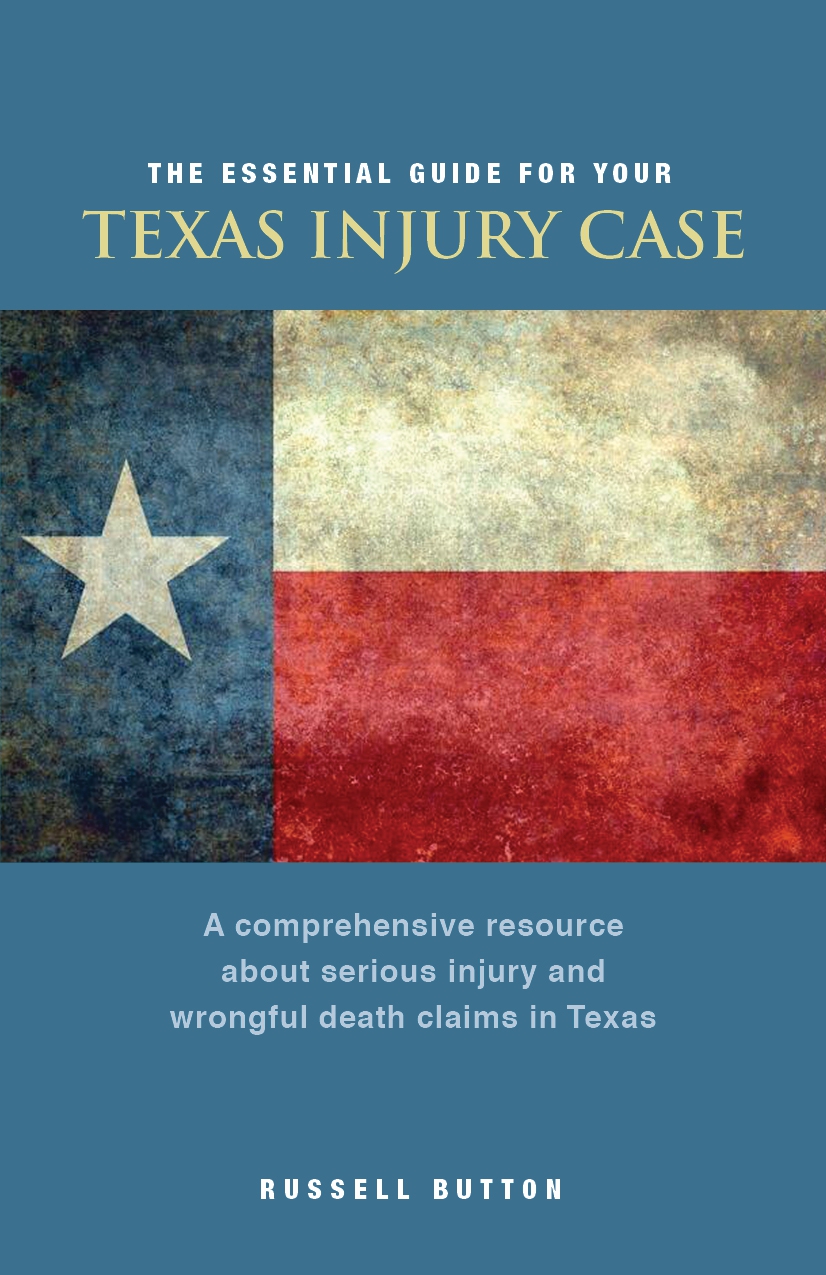 I suggest you start out by ordering my free book called The Essential Guide For Your Texas Injury Case. It walks you through a few frequently asked questions and the overview of a personal injury lawsuit. Read the information on our website. If you have any questions at all, reach out to us. You can call us at 214-699-4409 or fill out our Contact Us web form and we will reach out to you. We are happy to answer any questions you have about trucking cases and how we handle trucking cases at The Button Law Firm. We are here for you.