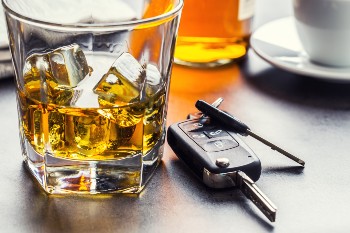 If you have been injured because of a drunk driver, it might seem like a clear-cut case of another motorist driving under the influence. But, if you’re seeking financial compensation for your injuries, it can also be essential to determine how and where that driver became intoxicated before the accident.

If that driver was at a bar or restaurant—also known as a dram shop—being over-served alcoholic beverages, this could be because there was no system in place to monitor the number of drinks consumed. You could have a lawsuit against the bar or restaurant if certain elements of Texas law are met.

What Is a Dram Shop?

A dram shop refers to a commercial establishment, such as a bar, restaurant, or club where alcoholic beverages are sold. Dram refers to a small unit of liquid. In the United States, laws that impose potential liability on businesses that sell alcohol to patrons who injure someone are called dram shop laws or dram shop acts.

In Texas, dram shops can protect themselves from liability under the safe harbor defense, also referred to as the trained server defense. The following three elements must be shown if this defense is to hold up in court:

What Is the Legal Alcohol Limit in Texas?

The legal limit for blood alcohol concentration (BAC) is 0.08 percent in all 50 states. While it’s impossible to know the precise amount of alcohol in the system without a blood test, the signs of obvious intoxication are usually pretty clear. Slurred speech, lack of inhibitions, poor balance, and red eyes are common signs of intoxication.

Restaurants and bars should also take into account how many drinks the customer has been served while in their establishment. By law, they are not allowed to serve alcohol to someone who is obviously intoxicated. If an employee notices the customer is drunk, they can call a cab for the individual to ensure the intoxicated individual doesn’t get behind the wheel. But the best course of action is not to over-serve to avoid getting into this situation.

In Texas, a dram shop can be liable if they serve alcoholic beverages to minors under the age of 18 and a minor goes out and injures someone.

How Is Liability Determined?

Unlike in other states where liability can be shown if a restaurant knowingly served an intoxicated individual, the law is a bit different in Texas. Dram shop liability is a potential source of part of the recovery for injured plaintiffs. A licensed establishment that sold alcohol to a patron who had a car crash after leaving might only have a portion of responsibility. Specifically, a jury might find the dram shop will only be held liable if it is determined that the shop was more than 50 percent responsible for the person’s injuries.

The drunk driver is not off the hook. They will be held liable for the proportion of injury that they caused by drinking too much and getting behind the wheel and causing a crash.

Should I Hire a Lawyer?

Texas dram laws can be confusing and tough to grasp. If you are injured in a crash by a drunk driver who was being served at a bar or restaurant before the crash, you owe it to yourself to obtain the advice of an attorney who can help you put together a case. In Texas, there is a rigorous process to determine the percentage of liability that should be assigned to each party involved.

An experienced DWI accident attorney can make all the difference. Call our office or fill out our contact form to learn more about your legal options for recovery.