Daycare and Deficiencies: The facility was cited for violating rule 746.2805, which states “There must be no harsh, cruel, or unusual treatment of any child. The following types of discipline and guidance are prohibited… (4) Hitting a child with a hand or instrument.” 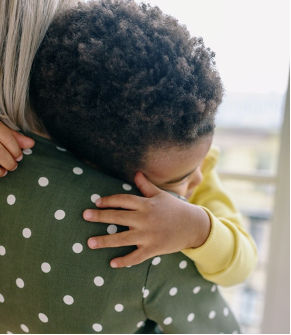 Summary of the Report: In the summer of 2017, the Texas Health and Human Services Commission conducted an investigation into the conduct of a Forney, Texas daycare after two incidents involving physical abuse were reported to the state. The reporter claimed that a member of the childcare staff at that daycare had physically harmed more than one child on multiple occasions. Children as well as other caregivers witnessed the incidents, and multiple caregivers previously reported similar conduct to the daycare’s previous director.

The caregiver in question reportedly spanked one child and pulled another child’s arm and then slapped their arm away in frustration. One year prior to the incidents in question in this report, a parent witnessed this same teacher pulling a child by the arm into a classroom. Following that incident, a few months later the same caregiver was reported for leading a child by the arm, running the child into chairs, and pushing another child by the back of the head.

Despite the previous reports and complaints regarding the daycare caregiver, the caregiver was permitted to continue to work at this daycare.

This investigation revealed that when the daycare director confronted the teacher about the most recent allegations, the caregiver did not deny them, admitting that she “takes things out on others when she is upset.” Finally, she was terminated by the daycare director following this final incident.

You can read the entire report here.

This Daycare Employee Was Not Qualified

Daycare workers have certain training and education requirements that they must meet in order to be qualified for their position. The management of the daycare must be sure that their staff is following meeting training requirements and maintains the proper demeanor necessary to properly care for children. It was obvious that this caregiver could not manage her temper and expressed anger through physical violence and outbursts. These qualities are not suitable for a childcare professional, and the daycare should have done more to determine if she was qualified to care for children.

The Daycare Did Not Properly Supervise Its Caregivers

It is obvious that daycare workers should not hit children, but it still happens. Caregivers, such as the one mentioned above, ignore the rules because they think they can get away with it. We believe that the caregivers who commit these heinous acts, and the daycares that employ them, must be held accountable.

Daycare workers physically hitting a child is simply unacceptable. If you’d like more information on what signs of daycare abuse to look for when you think your child may have been mistreated by a caregiver or other daycare staff member, we have provided some resources below:

How Should You Report Daycare Injuries, Abuse, or Neglect in Your State?

Our team of daycare neglect lawyers and paralegals has the experience and knowledge to help guide your family through this difficult situation. We know daycare abuse is preventable and we will fight for your family to get the justice and closure you deserve. Our law firm has years of experience holding daycares accountable for their actions—we have focused on this for many years because we saw the devastation that this abuse was bringing to families, and something had to be done about it.

If your child was hit, slapped, or physically abused while in daycare, contact us. Daycares should never permit this kind of behavior – it is simply unacceptable. Caregivers are there to take care of your children, not to abuse them. If they do, they need to be held accountable for their actions.