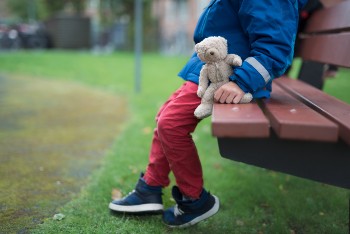 Physical abuse is often easy to spot, particularly when children have injuries such as bruises, cuts, burns, or broken bones. Emotional abuse can be more difficult to detect, and often adults don’t perceive it as being particularly harmful to a child. However, emotional abuse can have far-reaching psychological effects on children.

The following are forms of emotional abuse:

People abuse verbally as a way to threaten, insult, or humiliate others. Many people, including daycare providers, believe being verbally abusive will help them maintain greater control over the victim. Also referred to as “verbal bullying” because of the emotional harm it causes to those to whom it is directed, verbal abuse comes in many different forms:

Children are particularly vulnerable to verbal abuse, and the more verbal abuse a child receives, the more problems are likely to develop as a result.

Because verbal abuse injures children on the inside rather than the outside, parents must be alert for behavioral indicators that something is wrong. These can include the following:

These behaviors can occur in children who are not experiencing abuse, verbally or otherwise, but they are worth checking into by parents as they can indicate emotional abuse. Suspicions of verbal abuse must always be taken just as seriously as physical abuse.

Verbal abuse is often accompanied by other forms of neglect or abuse, including food and water deprivation, corporal punishment, preventing the use of bathroom facilities, doling out improper discipline, and punishing with excessively long “time outs.” When one child is going through abuse at a daycare, usually other children are as well. Reach out to other parents at the facility to see if they have similar concerns.

The first step that you must take is to report your suspicions. If the abuse is taking place at a daycare center, notify administrators immediately. Next, you can file a report with a law enforcement officer or the Texas Department of Family and Protective Services.

Have your child examined by a physician who has training in recognizing the signs of abuse and neglect. If authorities and healthcare providers determine that your child has suffered abuse or neglect at the daycare, a daycare injury and abuse lawyer can protect your child’s rights and help ensure the abuse stops immediately.