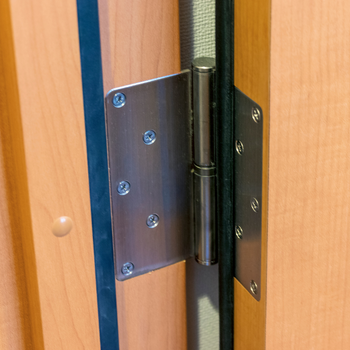 A family can now move forward after their daughter’s finger was severely injured at her Montessori school in Santa Clarita, California, thanks to a settlement secured by our Texas child injury lawyer at The Button Law Firm.

How Do Finger Injuries Happen at Daycares and Schools?

In this case, the little girl had her right index finger slammed in a heavy metal door, resulting in a severe fingernail and deep lacerations, when her class was not adequately supervised by a single caregiver who was distracted while holding a baby.

In fact, an investigation revealed that the designated caregiver was so distracted, she claimed she was unaware of the incident when it happened and did not turn her attention to check on the littler girl, who was wailing in pain. Other caregivers, who were not in the room, at the facility, stated they could hear her screaming.

How Severe Finger Injuries Can Negatively Impact a Child’s Life

While children’s finger injuries rank among the most common daycare injuries, these finger injuries sustained by the little girl in this case will physically and psychologically impact her life in the long term.

She experienced permanent damage to the index finger on her dominant hand, making her unable to bend, curl, or use it. The injury left her with a finger pointing straight out, resulting in the loss of her ability to hold a pencil, crayon, or paintbrush. This injury has hindered her progress in school.

The little girl also has difficulty eating because she is unable to bend, curl, or use the injured finger. On one occasion, she accidentally bit down on her injured finger, prompting her to cry from the pain. Thus, she developed a significant fear of using her right hand while eating.

They also brought about significant economic damages to the little girl’s family. The little girl was treated by trauma physicians at an emergency room, which led to costly medical bills. Her family also had a pre-paid vacation scheduled that they were forced to cancel because of their daughter’s injuries.

Childcare facilities like the Montessori school in this case are required to follow strict minimum care guidelines created by the state. The little girl’s parents put her in the school because they believed their daughter would be safe and the employees would shield her from harm. Unfortunately, that was not the case.

The Montessori school did not:

Through the investigation, it was found that less than six months prior to the little girl’s severe finger injury, she sustained a head injury on the playground at the Montessori school. The injury resulted in visible swelling and bruising, yet the school failed to follow the strict childcare laws to report that incident to the state as well.

If your child was seriously harmed or neglected at school, daycare, or camp, contact our compassionate child injury attorneys at The Button Law Firm. Our Dallas injury attorney at The Button Law Firm is recognized on the prestigious Texas Super Lawyers list. We are experienced in working on cases involving children, like this case where a little girl was hurt because of a school worker’s negligence. Our attorneys will listen to you and your child to assess the situation and determine where a school, daycare, or camp failed to protect your child in its care.