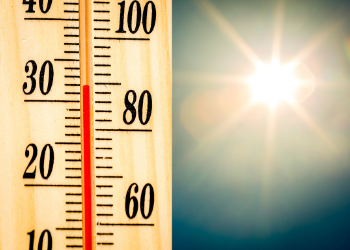 How Often Are Kids Left Unattended in Cars in Texas?

An average of 37 children die when left unattended in cars. Since 1994, 804 children have died from heat-related illnesses in cars in the United States, according to Kids and Cars, an advocacy center that conducts research on car-related dangers surrounding children.

Why Are Kids Left In Houston Metro Daycare Vehicles?

The daycare centers get in a hurry, do not have proper systems in place to conduct a proper head count on the kids, and do not have enough employees to handle the number of kids they are transporting safely. Generally, we see a few different ways these easy systems fail:

How Can Daycare Centers Prevent Leaving Kids In Vans?

Daycare centers know that transporting one or two kids, like a parent, is hard enough. Then, add in the fact they are transporting 10-15 kids at a time. The daycare centers must have systems in place to do headcounts and confirm all kids are accounted for while comparing it to a roster with names and checkboxes. Then, the van must be checked by a second employee that is not in charge of the kids to ensure all kids and their belongings are off the van. Finally, the van must be locked to ensure that kids cannot re-enter the van and get trapped inside it.

Leaving kids in a van at a daycare facility is a never event, which means it should never happen. Kids at daycare should always be accounted for.

What Should You Do If Your Child Was Left In A Van By The Daycare Facility?

First, make sure the child receives medical attention immediately. It may not be apparent on the outside or visibly, especially with young children that can’t talk or communicate well. There is always the danger of brain damage and internal organ damage.

Leaving children inside cars can result in heat exhaustion or heat stroke, leading to permanent disability or even death in just a matter of minutes. Kids are not built for heat. Children’s temperatures rise three to five times faster than adults'. Furthermore, the temperature of a car can climb about 20 degrees in 10 minutes. Remember that cracking a window or avoiding sunlight does not assure a child's safety from extreme temperatures. On a day that is just 72 degrees, the temperature inside a car can increase by 30 to 40 degrees in an hour, and 70% of this increase occurs in the first 30 minutes.

Second, report it to the police and to the Texas Department of Family and Protective Services daycare division. When daycare employees seek to cover up leaving a kid in the car and lie, it is a big deal. They hope it passes over and they get away with it instead of owning up to it and preventing it from happening again. Unfortunately, parents that are lied to about their kids being left in a vehicle or the amount of time they are left in the vehicle will not know until they get a lawyer involved and check the tapes.

In Texas, a person who “intentionally or knowingly leaves a child in a motor vehicle for longer than five minutes, knowing that the child is (1) younger than seven years of age; and (2) not attended by an individual in the vehicle who is 14 years of age or older” commits a Class C misdemeanor.

Finally, call a daycare negligence lawyer that knows how to properly investigate and handle these types of cases to get to the truth of what really happened to your child and make sure the daycare is held accountable so it doesn’t happen again. We all know that conduct rewarded is conduct repeated. Leaving kids in cars is not conduct we want to be rewarded by not enforcing the safety rules and holding them accountable.