What Are My Rights as a Parent Who is Dealing with a Daycare Abuse Lawsuit? 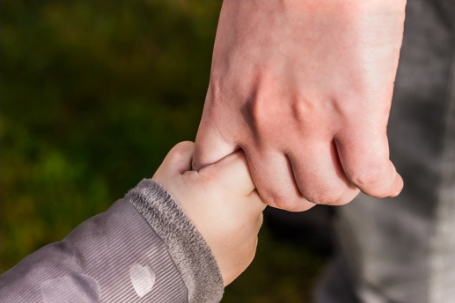 What Are Parent Claims In A Daycare Negligence Or Abuse Case in Texas?

Parents of children who were abused at daycare often want to know what a daycare lawsuit entails. There are always two claims involved in these types of lawsuits: The first claim is compensation for the parents--which covers the medical expenses in the past and up until the lawsuit is resolved--as well as any of the medical bills that will be incurred in between the time the lawsuit is done and the time the child turns 18; or beyond, if it's a permanent disability.

Parents are involved in the medical side of the claim because parents are often the responsible party for medical insurance and other bills. Additionally, parents often have lost wages and loss of earning capacity claims to make—this may be because a parent had to take time off of work to care for the child who was abused. This factor is usually included in the claim against the daycare.

What Are Child Claims In A Daycare Negligence or Abuse Case?

The majority of the claim against the daycare is for the child; the parents generally are the representatives or guardians of the child that is involved in the case. That claim involves more of the personal injury aspect, like the noneconomic claims, which may be pain and suffering that the child has to go through, as well as the mental anguish that the child has sustained or will sustain in the future from such a traumatic event as a young child. We know that memories cannot be erased; unfortunately, these memories often tend to last a lifetime.

We also factor in physical impairment, which means physical difficulties the child faces that impact any activities, passions, or abilities that they may have had in the past or would have wanted to do in the future. It also includes disfigurement, meaning there’s visual scarring or visible injuries involved either in the past or the future. Depending on the age and some external factors, any earning capacity claim, which is an economic damages claim that would kick in beyond the child's age of 18, can also be considered as well.

Each of these depends on evaluating the legal elements of those claims and whether or not each case fits them. That gives a pretty good, broad basis of the different aspects of the two claims that are always involved in a daycare case and involving an injury or death to a child.

What Rights Do Parents Have Regarding the Death of Their Child?

This seems like an odd question to ask—mainly because you would think that the parents wouldn’t have to face an uphill battle of suing the daycare while dealing with such a devastating event. Unfortunately, there are opposing sides (the daycare’s defense) that will try to cover their tracks, get the parents to settle for far less than they should, and sweep things under the rug. The death of a child is tragic, and the parents would have a wrongful death claim to pursue against the daycare. Having to grieve for your child is enough in itself, and then having to hear defense for negligent behavior is another blow. Hiring an attorney in these situations can help get justice for families dealing with these extremely tragic events.

What Can The Button Law Firm Do to Help Parents in a Daycare Negligence or Abuse Case?

Has your child been hurt while attending a daycare? Make sure to fill out an incident report, and be sure to check out our article on the importance of doing so. Additionally, be sure to report the incident to the state. You can find out how to get in contact with the state's childcare licensing department here.  If you have any questions, whether as a parent, a family member or a concerned loved one, give us a call at 214-699-4409. We have free information for you on our website, our YouTube channel, and at our office that we can send to you by mail. We want you to know your rights as parents and as a family. We look forward to hearing from you and know that we're here for you, no matter what.