Daycare and Deficiencies: Daycare was cited for violations of minimum standards for lack of supervision as a result of sending the children to the bathroom alone and unsupervised by an adult caregiver.

Summary of the Report: An child care licensing investigator from the Texas Health and Human Services Division visited a Texas daycare to investigate allegations of improper supervision that led to a child physically hurting another child by hitting a child on the head causing a bump and children being left without timely diaper changing.

What Happened at This Texas Daycare? 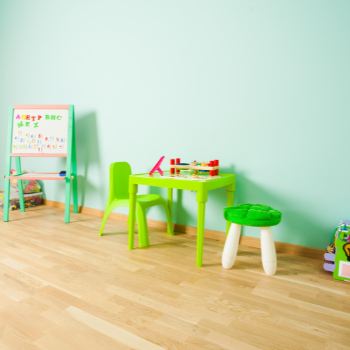 In May of 2021, the Texas Department of Health and Human Services received information about a daycare that had allegedly violated the state’s minimum standards for daycare licensing when they failed to properly supervise the children in their care.

Our Dallas child injury attorney explains that the confidential reporter called in a complaint that a child was hit on the head by another child when the caregiver in charge was not paying attention to the children. The mother of the child who was hit noticed their head was swelling when her child was being picked up from daycare. According to the child’s parent, the bump was never reported to the parents or the state-licensing department in Texas. The mother reported that when she asked the daycare what caused the bump, no one had an explanation or reason. That wasn’t the only issue the mother noticed. The child, who was wearing a pull-up diaper, was being permitted to go to the bathroom by themselves, without supervision. The caregivers in charge claim that they didn’t know that the child was wearing a pull-up, leaving it completely soiled by the end of the day. There were multiple records of caregivers allowing children to go to the bathroom, outside of the classroom, alone.

During the investigation, a staff member was interviewed by the state representative. The staff member described the daycare as “a hot mess.” She reported that the owner was having trouble getting staff and that on her first and second day, she was not given a curriculum or schedule for the children she was in charge of watching. When she turned to the supervisor, she was instructed to just “keep them entertained.” This caregiver was also told that all of the children in the class were potty trained, which was later determined to be incorrect. On her first day of work, she witnessed another staff member yell at children who were playing with a bucket of wooden blocks.

Ultimately, the state investigation resulted in a deficiency finding for lack of proper supervision when it was discovered that the daycare director was allowing caregivers to send children to the bathroom alone or in small groups, without the supervision of an adult caregiver. The investigator concluded that without any reason for the bump on the child’s head, they could not issue a deficiency finding for that issue.

You can read the whole report here.

Daycares are responsible for properly and carefully watching the children in their care. Yet, time and time again, some caregivers and the daycares that employ them avoid taking all the appropriate and necessary steps to ensure kids’ safety. That’s how incidents keep happening and kids keep getting hurt.

In this instance, the daycare violated the following minimum standards that were set out by the State of Texas:

Caregivers must: Promptly change soiled or wet diapers or clothing.

Supervising children at all times means that the assigned caregiver is accountable for each child’s care. This includes responsibility for the ongoing activity of each child, appropriate visual and/or auditory awareness, physical proximity, and knowledge of activity requirements and each child’s needs. The caregiver must intervene when necessary to ensure children’s safety. In deciding how closely to supervise children, the caregiver must take into account: (1) Ages of the children; (2) Individual differences and abilities; (3)Indoor and outdoor layout of the child-care center; and (4)Neighborhood circumstances, hazards, and risks.

In the case of this report, the daycare did not follow the necessary steps to ensure the children were kept in a safe and clean environment. Additionally, the child’s mother did not know about the incident until she noticed that her child had a bump on their head. The investigator concluded that the caregivers were not properly supervising the children when allowing them to go to the bathroom alone.